Nifty Stumbled on Negative Global Cues and COVID Spike but May Scale 17.5K by FY22

Nifty Stumbled on Negative Global Cues and COVID Spike but May Scale 17.5K by FY22

Nifty Stumbled on Negative Global Cues and COVID Resurgence but May Scale 17.5K by FY22

But Indian COVID deaths are still on the lower side, now around 300 (7-DMA), way below 1100 during the Sep’20 peak period. Having said that, the number of deaths also jumped almost 3-times from Feb low around 100. In any way, as the health care system is showing stress in various hot spot states, local authorities have no way but to announce partial/full lockdown including Mumbai/MH. Indian Federal authority also termed the country’s COVID situation as ‘bad to worse’. There is a rumor that various state governments may soon take some restrictive actions after the election. But an all-out national lockdown may not happen again. At the same time, India’s slow progress on COVID vaccinations and the growing controversy over the Oxford-Astra vaccine is a cause of concern. 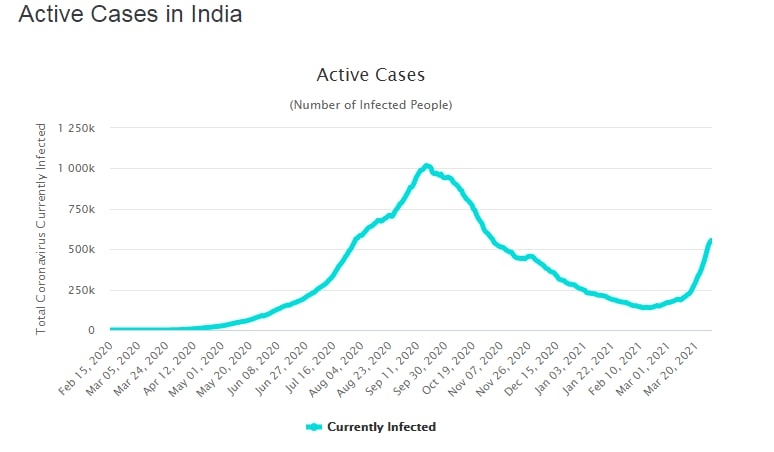 On Wednesday, the Indian market was mainly dragged by private banks amid a report that the Federal government may not compensate/reimburse bank’ losses for around Rs.8B on compound interest cases (contrary to earlier perception). Additionally, HDFC (NS: HDFC) bank was under severe stress on reports of technical problems (internet outage) in digital banking. HDFC bank is already in RBI restriction not to open any fresh A/C with digital banking facilities due to earlier outages. But PSU banks were upbeat on equity fund infusion by the government to stay afloat.

On late Wednesday, the Indian government slashed the small savings rate drastically for Q1FY22. This may pave the way for more rate cut transmission if RBI goes for further rate cuts. Even if RBI does not cut-rate going forward, banks may not transmit further (old rate cuts) and thus bank’s NIM may improve. Under lower deposit rates for various small savings instruments (sovereigns), RBI may also cut further to reduce India’s 10Y bond yield for lower borrowing costs not only for the Main Street but also for the government to fund huge COVID fiscal stimulus.

Bottom line: India is enjoying a unique position and scarcity premium in the EM space (except China)
India is providing infra stimulus (creating assets) by borrowing as-well-as deleveraging (disinvestments/selling PSU companies/monetizing existing assets). The country now needs to hasten this process of deleveraging to fund infra/fiscal stimulus and to strengthen its balance sheet.

Almost 80% of India’s government revenue goes towards interest and mandatory spending including salary & pension. The country needs some structural reform to improve its quality employment and revenue significantly in line with nominal GVA growth. India needs to combine targeted fiscal/infra stimulus and structural reform is required to improve its productivity, which is the ultimate. And the COVID adversity is a big opportunity for Modi to use the mix of that targeted fiscal stimulus and structural reform to bring out the economy from pre-COVID stagflation.

India is now enjoying the highest FPI flows among EMs (except China) due to ‘scarcity premium’, political & policy stability, fiscal prudence, targeted fiscal stimulus, and structural reforms (from farms to railways). FPIs are scrambling for Indian blue-chips for a good business model, credible management, and a strong balance sheet, especially after deleveraging. This coupled with the attraction of Modinomics, 5D (democracy, demography, demand, deregulation, and digitalization), and Modi’s mantra of reform, perform & transform, and monetize & modernize (latest PSU deleveraging), India is now one of the most attractive investment destinations among the developing world. And supported by unprecedented global liquidity (Fed/ECB/BOJ QQE), Nifty may scale 17525 by Mar’22 (FY22).

Other posts related to this